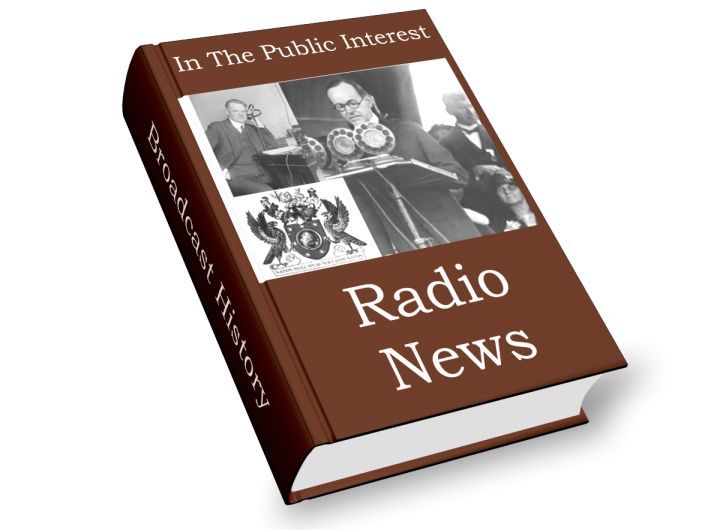 Although still in its infancy, radio news social value was enshrined in public policy in 1927.

As originally conceived, the U.S. 1927 Radio Act was intended to clean up a lot of technical problems arising from the rapid growth of radio broadcasting. The previous 1912 Radio Communications Act did not even consider broadcasting. When Calvin Coolidge signed the new law in 1927, its main purpose was to bring order to chaos in the new media.

The new act set a new criteria for assigning radio broadcast channels. Hereafter, these assignments would only be made for “public interest, convenience and necessity”. In short, each radio licensee had to pass a public interest test. If a station did not demonstrate social value, it would not be allowed to broadcast. Part of this public interest test would eventually focus on news and public affairs programming.

Within the next year, all existing radio stations had to reapply for licenses under the new Radio Act. So, now, American radio stations had both commercial and regulatory incentives to serve their audiences with good programming that met a standard of performance.

Coincidentally, BBC was re-structured into the British Broadcasting Corporation and given a new Charter and License in January 1927. It became a public service corporation with a mandate to inform, educate and entertain. Specific to radio news social value, BBC was given the freedom to collect news of and information relating to current events anywhere in the world. The bans on daytime news were removed. BBC was also suddenly able to broadcast on matters of political, industrial or religious controversy. However, in negotiations with newspapers, BBC did not capitalize on this newfound freedom and agreed to continue to limit is news coverage. This continued until 1938.

So, 1927 was not a good year for newspapers. Radio news became a more serious competitor in the English speaking world, and for the first time, had government policy on its side. Still, it would take a world war for radio to capture this opportunity fully.

The 1927-1930 period also witnessed the creation and expansion of network radio in the United States. In large measure, networks were about reducing the cost of entertainment programming. But they also provided the foundation for network news.

From a news perspective, the early network programming focused on sporting and special events. By 1930, CBS and NBC had daily network news. It would still take a few years more, and the Press-Radio War, before networks started creating their own news gathering organizations. And that is the topic for our next article. Meanwhile, radio networks started popping up all over the world.